Away Days on The Terrace 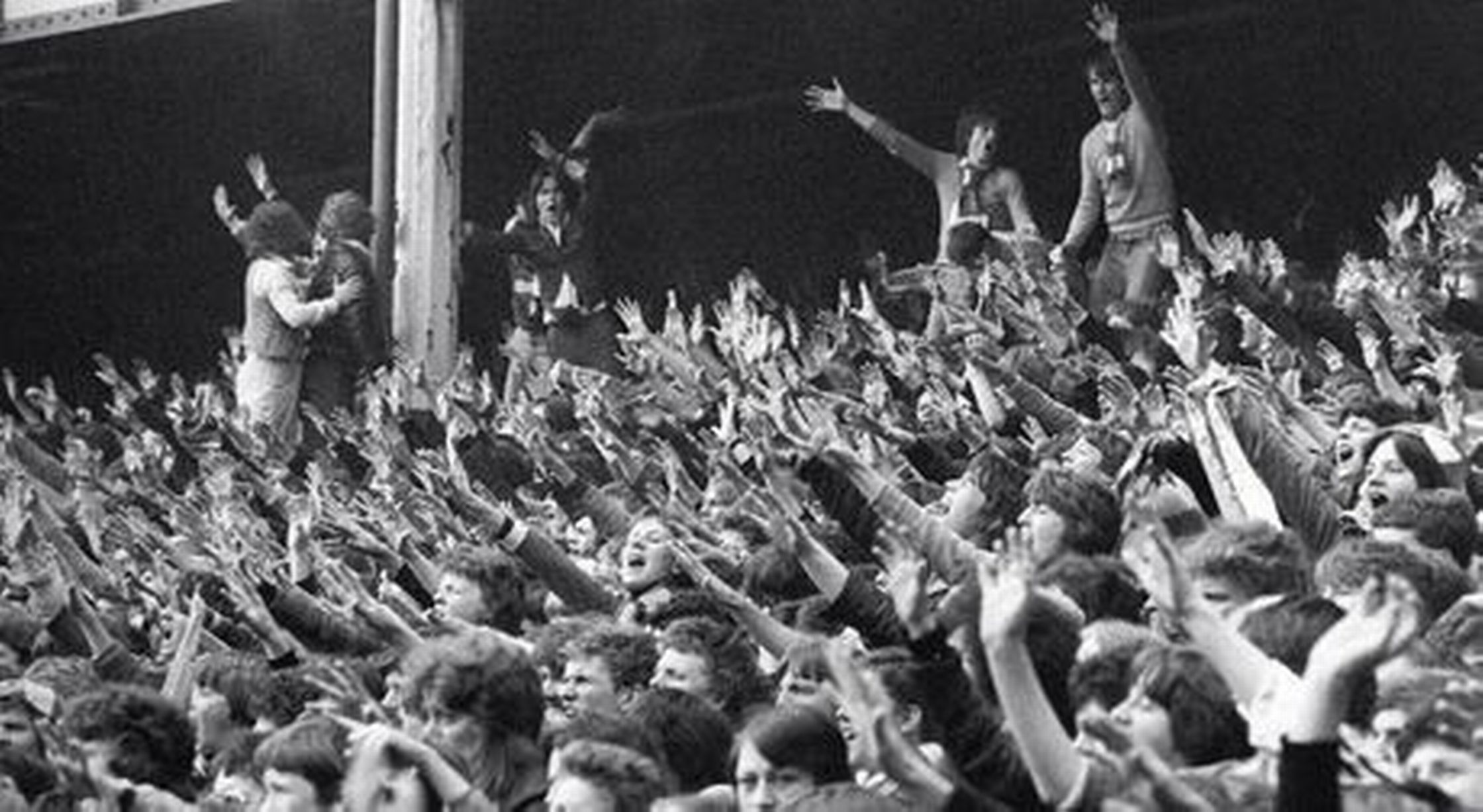 More than most, away days are less about the game. Every time is like your first time. Not necessarily because you can't remember the ones that have come before, lost to the half-memories created in the presence of alcohol, but because of the freshness each fixture brings. So what if you've already been here before, that was last season; a different train, a different route, and a different pub.

When at home, you've got your routine and rituals, but on a South West or Great Western, you hear the buzz of other fans on a myriad of other routes, crossing your journey momentarily with their own war cries and choruses. It is more than an event. Those 90 minutes when millionaires exercise in front of a crowd has the potential to be just an eighth of the day.

It is, rather, a series of events, weeks in the planning, and building up to a crescendo the day before, as final plans are laid. The preparation is part of the spectacle: where, when, and what to drink; who to meet and where to meet; what to wear and why. It is a parade. In a civilisation that has advanced beyond literal acts of daily tribal warfare, even the mundanity of dress becomes an affront or an implicit (or explicit) demonstration of allegiance.

When Joseph the Carpenter loaded up his donkey to make haste for Bethlehem and the Census of Quirinius, his deference to Rome and obedience to the tax was prefacing that of travelling fans some two thousand years later. With equal religiosity, the blind following of club up and down country, at a fee extortionate but unavoidable for the loyal and devout, mirrors the Biblical storyline. It is made to fulfil a prophesy, justified to ourselves by the sheer will to believe it is true. Perhaps by carrying out this journey the celestial will provide a just reward a small victory to savour and recount for years to come. 'Do you remember making the trip to Palestine,’ old men in hushed circles will ask. ‘Yes, I believe I do. In 6 AD? I think we lost 2-0.’

That won't be the discussion, though. The starting point, yes: an anchor for the apocryphal. Its ambiguity, the uncertainty of the recollection, is what gives it an appeal. As a child listening to the pilgrimages made before their place in the mass was established, legends are created; ideals to carry out themselves once they are no longer merely an audience for the old men's tales and are instead the protagonists for the next generation, weaving narratives of old with tales of new.

Before departing, farewells are bade. Women stand at the threshold of the familial home, arms crossed anxiously already. "When will you be back?" she will painfully rasp, trying to mask her worry with loving concern. The bravest tell the truth as they head out to do battle. "I don't know, my love." It is an honest assessment.

Trundling out of your city, like thousands of other recruits, you fall into line, all knowing your destiny. Familiar faces are picked out at the station and coming together marks the start of a new entry in the annals of folklore. Taking a seat in the carriage ferrying you to a far-flung town, the table in front of you absorbs the heavy placement of cans. The satisfying release as they're opened should sound a warning but instead it is welcomed. Come the time the show behind the show begins, the primed canvas is often too wet for the paint to stick and thus a record of the show to be made. Drinking and drinking and drinking. An optional theme of the day that defines it by its presence.

Perhaps to inspire but potentially to soften the blow, stories of previous days like this are shared and shared again. Is it even told the same way ten minutes into the expedition as it is when it is retold just hours later? It is an established fact that vocalising a memory fundamentally changes how it is stored in the mind, the word recoding imagery into prose, saving over the original file, and each time it's opened, becoming embellished or corrupted with time before being saved over once more. It is also an observed phenomenon that the more a tale is told the weightier it becomes; the two concepts resulting in a cognitive dissonance that allows myth to pervade the realms of truth. If we are all enjoying the spectacle though, does it even matter?

Swaying in the stands, tiptoeing on the terraces to get a look of the action you're vicariously living through, you chant along to the ancestral hymns of your side, hoping your prayers are answered by the deities on the pitch. It was the Roman Empire that ordered the censuses and the Roman Empire that created the Colosseum, even straight roads we owe to the city-state; another holy triumvirate and one we're replicating today; gathering to be counted, baying for the blood in the arena, and filtering away down conveniently routed streets.

The best of times are found on away days. The cloistered section of the stadium produces one voice in unison, and you know from visiting fans at your own ground that the emanating noise can be forcefully impressive. Amongst it, it verges on deafening at its best and a strange isolation at its worst. You can be surrounded by people with the same aims and hopes for the day, but all in a hush when the opposition mercilessly sweeps them aside.

The one moment of magic makes it all worth it though. Even the manifested denominations among your own faithful support come together in ecstasy at the sight of an away goal. The elderly who travelled in on club-provided coaches, the replica kit crew, and the ever-present casuals are all momentarily unhinged in delirium. The result is, for the moment, immaterial. The true cost of defeat or victory is measured in the aftermath. For now, you'll live in the revelry. Away days are the best.