Nine of the Biggest Derbies in British Football Following the Carabao Cup draw pitching Southampton against Portsmouth at Fratton Park, The Terrace thought it would be a good idea to take a whistle-stop tour of some of the biggest derbies in British football, taking you from the south coast of England to the Scottish capital, and out into Wales. Biggest can be defined in a multitude of ways and we’re bound to miss out one important to some of you, but the list isn’t comprehensive! Rivalries have come and gone, been cultivated by TV, and some have laid dormant, held dear by both sets of fans but kept at bay through differences in leagues. So, without further ado…….

With the first recorded competitive meeting ending in a Southern League 2-0 win for the team in blue, and the most recent ending in a 2-2 Championship draw in 2012, the one and only proper South Coast Derby is back after a seven-year hiatus next month, after they were drawn together in the Third Round of the Carabao Cup.

Fluctuating homes across the Football League means they’ve faced each other just ten times in the past 20 years, with Saints winning half the encounters, but currently on a winless streak of four. Now in the top flight with their neighbours in League One, they’ll be hoping that comes to an end in September. 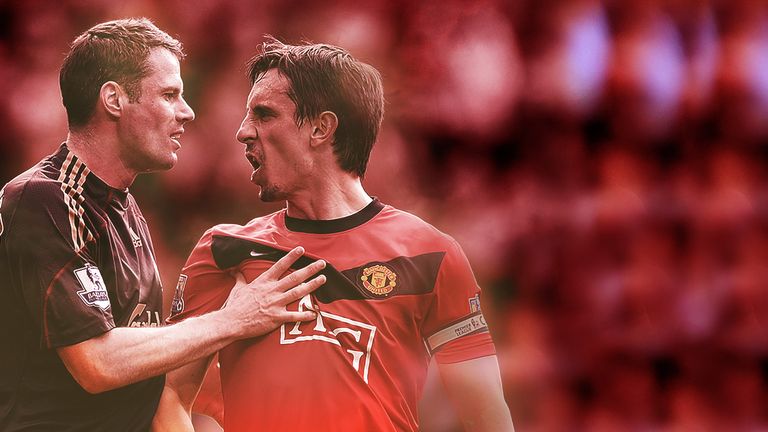 The North-West Derby divides opinion, with both clubs having their own intercity rivalries. There’s less than a mile between Anfield and Everton’s Goodison Park, and United’s ‘noisy neighbours’ have become a fitting nemesis in the past decade, winning the Premier League four times in the past eight years, compared to The Reds’ one in the same time frame. Under Sir Alex Ferguson, however, they won 13 Premier League titles – a record – and have twice won it three times on the trot.

Since the Premier League’s inauguration, Liverpool haven’t won the top flight of English football, but have previously won it 18 times. United’s 20 means they’re the only team to have won it on more occasions, and the two of them are also England’s most successful clubs in Europe. Dating back to 1894, when the building of Manchester’s ship canal led to the direct loss of jobs in Liverpool, it is one of the oldest derbies in world football, and often considered the biggest in England. 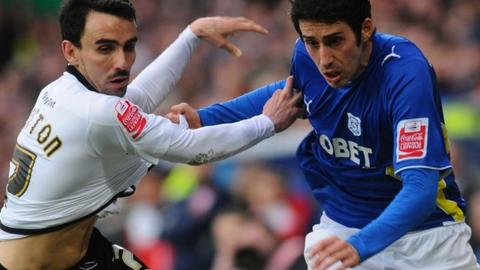 When Cardiff and Swansea met in the Premier League for the first time, on November 3, 2013, all Swansea fans had to travel by coach to get a ticket for the match. Arriving on free buses provided by the club, only then were they handed their tickets. Extensive security measures were taken by the British Transport Police and both plain-clothed and uniformed officers travelled on the south Wales main rail line. By 5pm, there hadn’t been a single football-related arrest.

Cardiff won the encounter 1-0 thanks to a Steven Caulker header and the return tie at the Liberty Stadium also saw the home team victorious, with Wayne Routledge, Nathan Dyer, and Wilfried Bony handing Swansea a 3-0 win. It was the last time the two teams faced each other and the only top flight meetings between them, but the 102-year Welsh derby remains one of the most historical and fierce in Britain, and this season they'll face each other again. In 1993, chairs were ripped out by Swansea fans and chucked onto the pitch in their 1993 encounter at Cardiff’s Ninian Park, resulting in a pitch invasion by the home fans, and in 1988 Swansea fans again terrorised their South Wales neighbours, chasing a group of Cardiff fans into the sea. 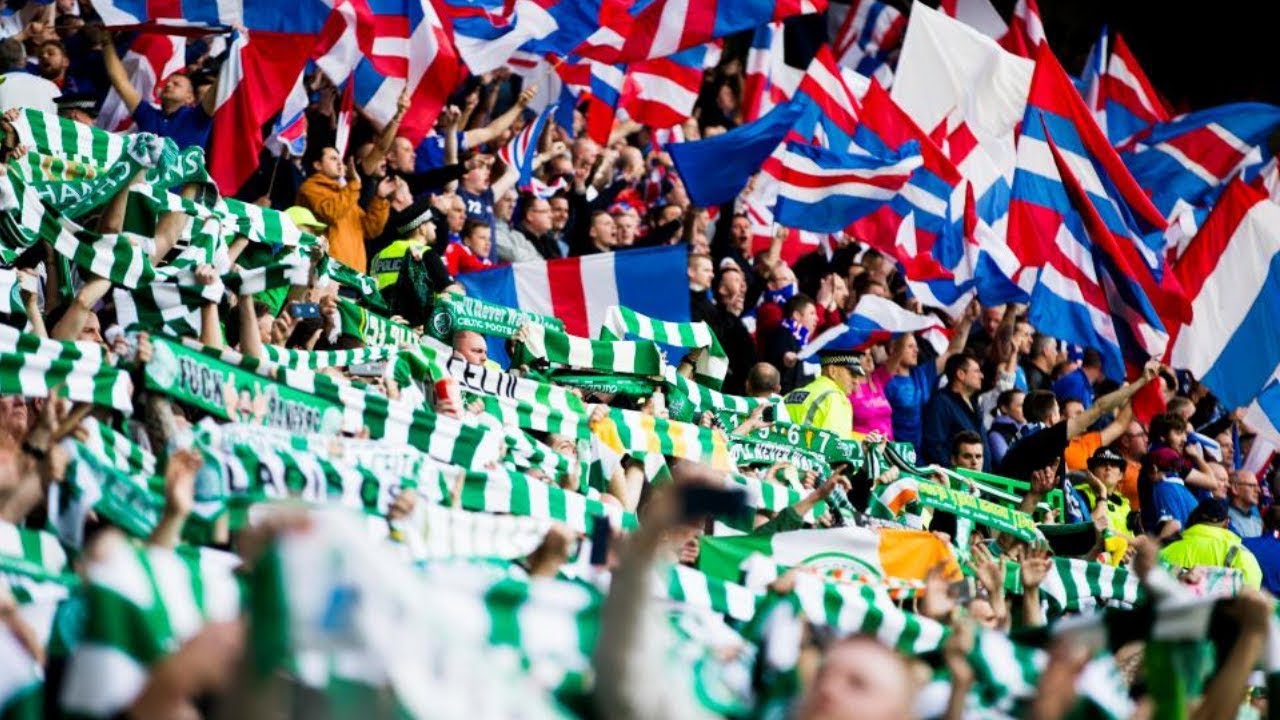 The Old Firm derby is multi-faceted, based on and leading to political, social, religious, and sectarianist divisions. First meeting on 28 May 1888 in a friendly, Celtic were 5-2 winners. Most recently, Rangers were victorious, beating their Glasgow neighbours 2-0 back in May of this year. It didn’t stop Celtic winning the SPL, however, taking their total to 50, closing in on Rangers’ 54. With a combined total of 104, the two teams are responsible for 85% of Scottish titles won.

Ally McCoist holds the record for most goals in the derby, notching up 27 across his 55 appearances for Rangers in the tie. It’s not the most impressive goals to game ratio, though; that falls to Willie Reid’s 14 in 21, also for the blue half of the city. Considered one of the most violent derbies in British football, the rivalry and the club’s firms has even been the basis of films, with Green Street achieving huge commercial success, raking in $4.33 million at the box office. Two sequels have been made – both going straight to video – but it is the original 2005 film that made the biggest impact on perceptions of the darkest sides of derbies. Taking its name from the road on which Upton Park was on, in Newham, London, the film’s fictional football firm was based on West Ham’s infamous Inter City Firm.

The clubs last met in 2012, facing off in the 2011/12 Championship season, with West Ham coming out 2-1 victors at Upton Park, after a 0-0 draw earlier in the season. The victory was characteristic of the clashes. Kevin Nolan was sent off after just nine minutes, having lunged at Jack Smith with a two-footed challenge, and Sam Allardyce hailed it as the ‘best win of my career,’ in the aftermath. The Black Country derby vies for its position as the biggest in the area along with those played out between Birmingham and Aston Villa, and the other combinations of the four teams, as well as with fellow Black Country side Walsall.

It is another rivalry that hasn’t seen the light of day on the pitch for a while, last meeting seven years ago, when a 5-1 WBA win at the Molineux resulted in Mick McCarthy’s sacking the next day, in a season that ultimately ended in Premier League relegation for Wolves. A Peter Odemwingie hattrick wrote him into Baggies’ folklore, and he remains the last player to score in the derby. In the 2017/18 season, WBA swapped places with Wolves as they fell out of the top flight as Wolves returned.

For young fans and casual observers, it is hard to imagine that Luton hold the upper hand in this derby, Luton haven’t seen the light of day in the Premier League, relegated from the top division of English football in the last season before its rebranding, and have only just returned to the Championship after five years in the Conference between 2009 and 2014. Back-to-back promotions from League Two to the Championship in these past two seasons have put them back within touching distance of their neighbours, but it still remains thirteen years since they last met each other – a 1-1 draw at Vicarage Road in the 2005/06 Championship season.

The Bedfordshire-Hertfordshire Derby (alternatively the M1 Derby), has suffered from regular bouts of violence, most recently – and perhaps most notably in 2002. On 10 September 2002, a 2-1 Luton away win was overshadowed by 25 arrests of visiting fans, resulting in a number of lifetime bans, after multiple pitch invasions, fighting in Watford town centre, and even the abandonment of a planned minute silence, one year on from the 11 September Attacks. 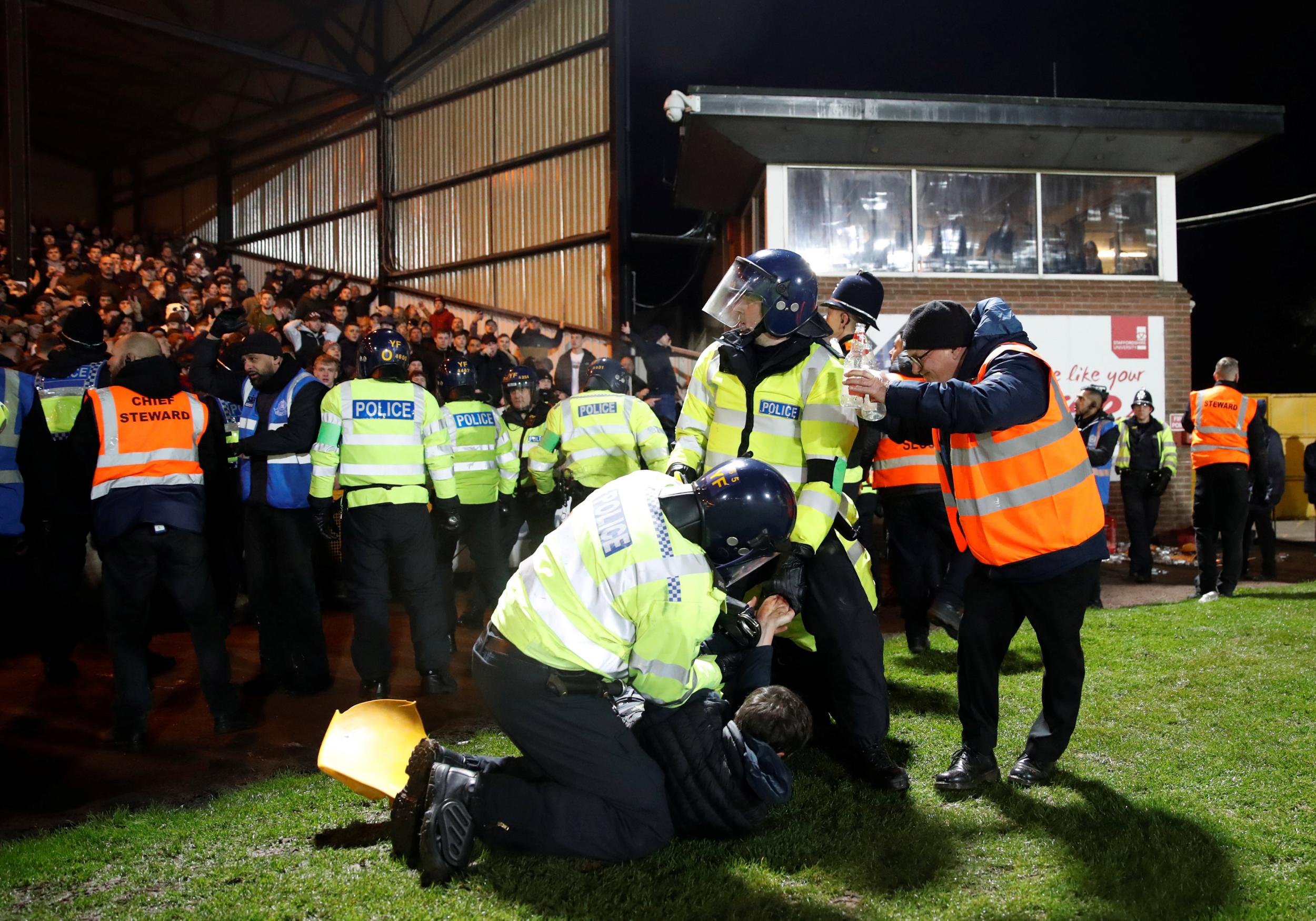 The Potteries Derby is closely contested on and off the pitch. As well as the narrow overall record of Stoke, the city is the least populous to have two Football League clubs. The proximity has lent itself to hooliganism and matchday violence, most recently after the Check-a-trade Trophy game last year. It saw the lower-ranked side come out on top, winning 4-0, and was the first clash between the two after 16 years.

Eleven arrests were made in the immediate aftermath of the game and flares were thrown onto the pitch, continuing trouble that had begun with fighting ahead of kick-off. The travelling support caused thousands of pounds of damaged to Port Vale’s Vale Park and more arrests came in the days that followed.

We’ll leave the last one up to you, you are, after all, the fans on The Terrace!

If you haven’t already, vote on our Twitter Poll, and if you can’t see your choice, leave it in the comments below!