The Best English Striker of the Last Thirty Years A view from The Terrace: The Greatest English Striker of the Last 30 Years Last Friday, we asked you, the faces on The Terrace, who the three best English strikers of the last thirty years are. Seven names stood out among the likes of David Nugent and Jermaine Beckford: Harry Kane, Robbie Fowler, Ian Wright, Michael Owen, Gary Lineker, Alan Shearer, and Wayne Rooney.

Some great strikers missed out: Steve Bull, who is the last player to be capped by England whilst playing in the third tier or below; Andy Cole, who has been described as one half of the best strike partnership the Premier League has ever seen; Teddy Sheringham, the complete forward before his time, who famously didn’t get along with the former; and Peter Crouch, whose international record alone ranks him among the best.

From those seven, only four could be carried forward to our Official Twitter Poll ©: Owen, the last English player to win the Ballon d’Or and scorer of 118 Premier League goals; Lineker, controversially included despite it not actually being that controversial at all, because he had three stellar seasons at Spurs from 1989 onwards, scoring 67 league goals in 105 games; Shearer, winner of Golden Boots, scorer of many hat-tricks, and listed in Pelé’s Top 100 in 2004; and Wayne Rooney, the only player still active to make the final four.

After 157 names were counted in the original question, with approximately 52 people participating, we put it back to the people, and, bless you all, we did not end up with Boris Johnson.

Unfortunately Owen running up and down the stairs at the Britannia Stadium in an attempt to let everyone know he was fit didn’t win him any votes in our Official Twitter Poll ©. Just 32 people valued Owen for those wonderful moments that existed pre-2003.

Remember that goal against Brazil in Japan in 2002? I do. We were going to win the World Cup. That was until Ronaldinho mugged us right off and then Sven left Robbie Fowler on the bench and brought on Darius Bloomin’ Vassell for yours truly. I need to stop remembering that game now. Nicky Butt and Trevor Sinclair. Sven? Really, mate? Danny Mills. Why? My memory had erased all that.

Here is Michael Owen how we should all remember him, almost as if he’s no longer with us and not slowly bludgeoning us to death with inanities on BT Sport: electric pace, deceptive agility, devastating acceleration, and a sniper fitted with the most powerful of suppressors. Just look at some of those balls over the top, some of the footraces he should have no chance of winning. 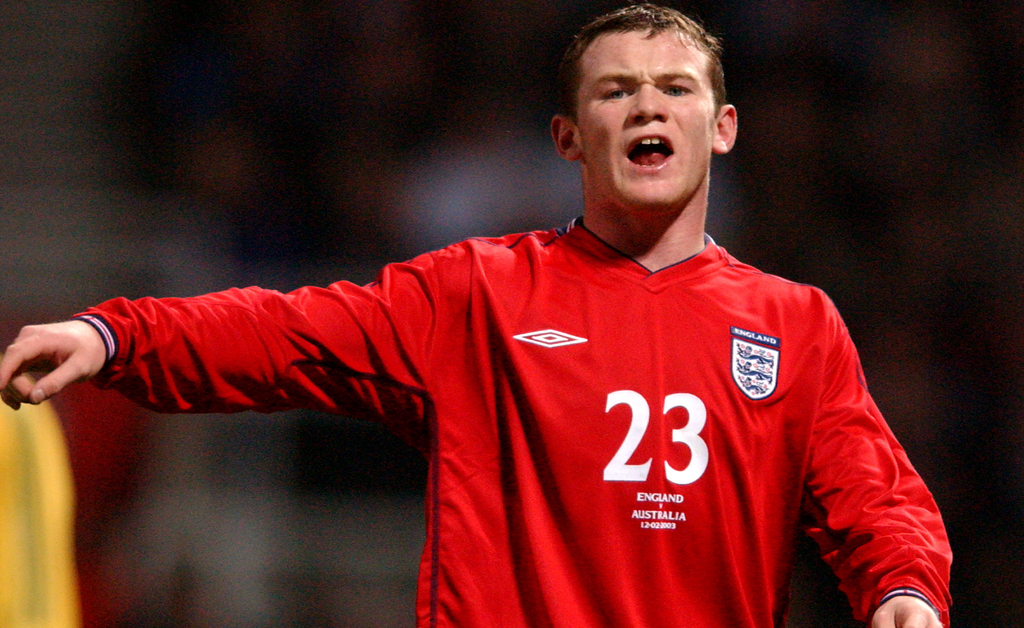 With 60 votes, he wasn’t unloved, however he didn’t make it past the lowest step of the podium. Within minutes of the Official Twitter Poll © going live, we were informed, repeatedly, by one massive Wayne Rooney advocate that he is “the highest scorer of all time. Highest of all time. That means more goals than anyone over all of the time England have played football.”

For dictionary definitions, he was absolutely right, yet that is sadly not how democracy works. The people voted and the people voted more times for two of the other three candidates. Rooney’s 46 England goals plus 7 penalties was not enough to place him higher than the other Merseyside striker in our midst.

Only Peter Shilton outdoes Rooney for appearances in a Three Lions shirt, with five more caps, and is also the only player to outdo him for longevity, with his career tallying 19 years and 8 months, to Rooney’s 15 years and 8 months. His goals to game ratio, despite him being the leading scorer, has him below all three of his fellow finalists. Perhaps nostalgia did carry him over the line, maybe the Golden Boot in the 1986 World Cup has become jumbled up in the annals of time, finding its way into the past 30 years of some of our memories, or just, maybe, perchance, you know, he was still very, very good when he rocked up at White Hart Lane in June 1989. Almost mockingly, Spurs posted this two days after we initially opened the debate. For those who don’t open the link, it says “30 years ago today, Gary Lineker joined the club.”

What follows is an 80 second medley of delightful goals, of which just one is not a first-time strike. It had it all – all the different one touch finishes: the mighty toe-poke, stealing it off a teammate’s run, the headed flick, the back-post run, and the acrobatic volley. The anomaly is a move in which Lineker starts on the left around 20 yards out, makes for the inside with a jittery run, quickly accelerates to the right, and curls one into the far corner.

All in all, he scored 80 goals for Spurs, including 35 in his final season despite the club finishing 15th in the league. Post-1989, he won the English First Division Golden Boot for the third time, the FWA Footballer of the Year Award, The FA Cup, a fourth-place finish in the 1990 World Cup, and finished 3rd in the FIFA World Player of the Year Award. Not bad. It’s almost as if our great fanbase at The Terrace know their football. Was it ever in doubt? With 66% of the poll, 304 votes, and a winning margin of 242, Alan Shearer is the undisputed winner of The Terrace’s Best English Striker of the Last Thirty Years Award. Catchy.

Once upon a time, there was a channel called Sky Sports 5, and on that you can hear Shearer talk about his first career hat-trick, which just so happened to come on his full debut and Southampton’s wonderful old ground The Dell. At just 17 years and 240 days old, he became the youngest scorer of a hat-trick in the top division of English football since Jimmy Greaves had done so in 1958. Fittingly, two were headers, and the third was celebrated with his one arm raised aloft. He’d have the opportunity to celebrate like that over another 250 times throughout his career.

A Premier League title is probably second only to winning the World Cup on the childhood wishlist of any budding English footballer - I wonder if that is the case for young pros – yet it still seems sad that one of them is all Shearer won at club level in his career. No FA Cups, League Cups, or even the Community Shield. What does have his name all over it, however, is the Premier League record books:

He even scored an overhead kick for England.